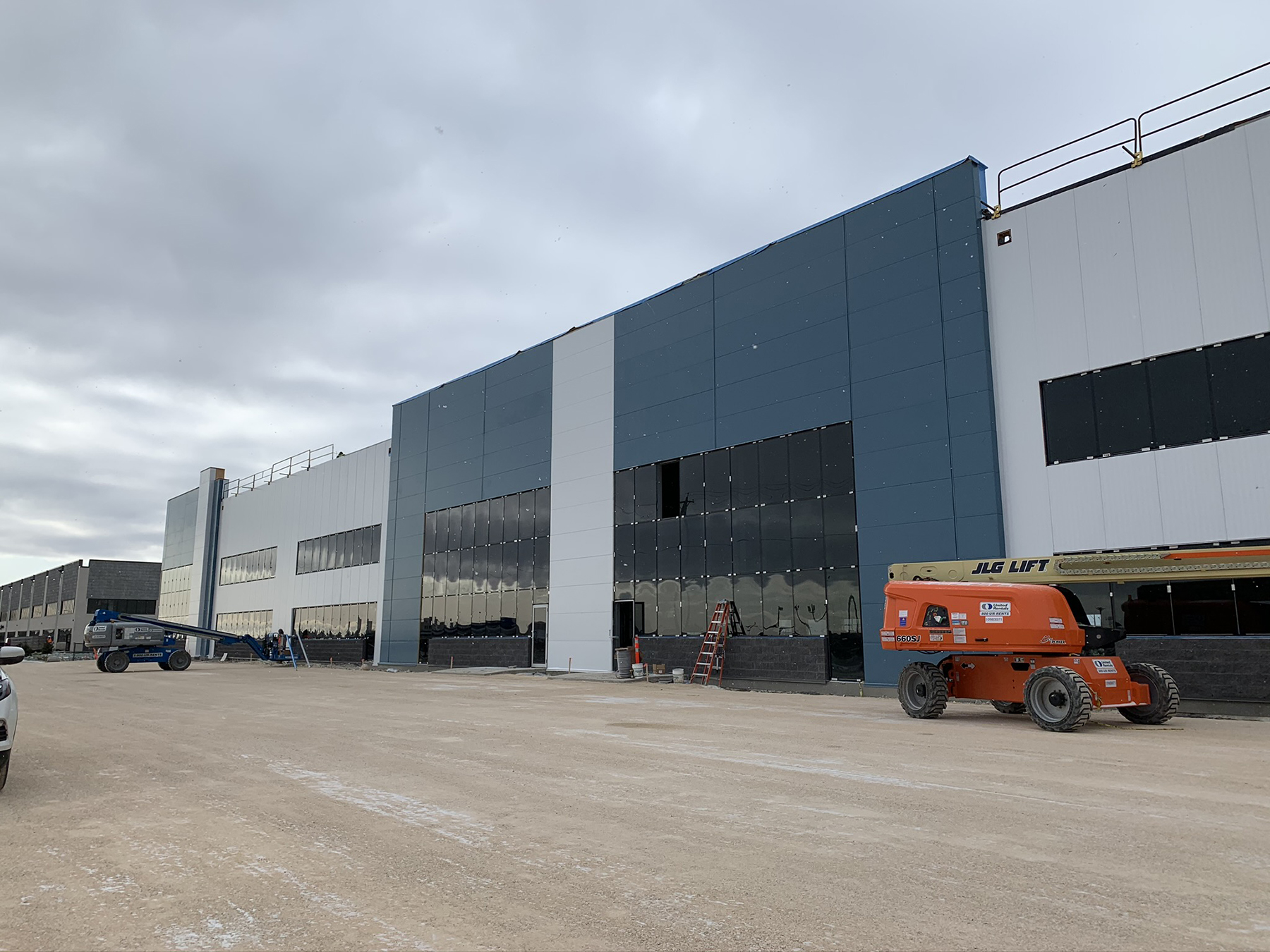 Nine new tenants are already moved in or will soon set up shop in the year-old industrial zone in the RM of Rosser just off Route 90, where two new, multi-tenant buildings are at or nearing capacity.

“The landscape today is vastly different from the landscape of a year ago, or even a month ago,” CentrePort CEO Diane Gray said at one of the new buildings on Ronn Road — an 83,000-square-foot facility that just broke ground in May. Adjacent to that building is a 60,000-square-foot facility that’s filled all five of its vacancies in short order. At the smaller building, which is virtually complete, four companies — Comairco, La-Z-Boy Inc., Stericycle and Techtop Canada — have already moved in, with Domino’s Pizza set to open a production and distribution centre soon.

At the larger one, industrial materials company Fairview and logistics firm Kuehne + Nagel are set to take occupancy Dec. 1.

Indeed, development has been happening at a remarkable pace in the park of late, where some 50 subtrades have been working each day to ready the larger Ronn Road facility, said Robert Scaletta, the development manager of Olexa Development, the Alberta firm that developed both multi-tenant spaces. Scaletta also brokered the deal for Shindico, for whom he serves as vice-president, industrial.

Development in the park was propelled in the spring of 2018, when water and wastewater servicing was installed, boosting permit values tenfold and opening the door for new businesses to make their entrance. So far in 2019, over $105 million in building permits has been issued, Gray said.

Scaletta said the growth can also be attributed to the qualities of the real estate itself: it’s near major roadways and distribution channels, not too far from the city and part of a bustling network of commercial activity.

“These guys want to (be) by the Perimeter,” he said. “The arteries are a major key.”

“It’s a good area,” said Charlie Vogel, regional sales manager for Techtop Canada, an electric-motor manufacturer. The location is “perfect for what we do,” he added.

Not too far from the Ronn Road buildings are a new, 15,000-square-foot terminal for Alberta-based J&R Hall Transport Inc., and a 33,000-square-foot supply and distribution centre for Lowry Manufacturing, which is in the construction phase.

CentrePort, the country’s first and largest tri-modal inland port and foreign trade zone, has been in ongoing development for a decade, Gray said. It’s a 20,000-acre project, with industrial production and retail space centred on three modes of transportation — truck, rail and air cargo. It’s a plan still a fair distance from total fruition: there are still about 13,000 acres left to develop, she said.

But the development thus far is nothing to scoff at, particularly in the Brookside segment.

“In 2008, this 150 acres was just a pasture,” Scaletta told a group of stakeholders from across the province, in town to see the progress at the Ronn Road building.

He said he used to describe it as his “Field of Dreams,” promising that if they built it, they — meaning tenants — would come.

For the business park, as well as CentrePort as a whole, that’s been happening more often lately: in the past year, more than 1,200 acres have been sold or conditionally sold across CentrePort, and 70 new companies have chosen to locate at the inland port since 2008. There are about 800 companies in operation on the CentrePort lands, a CentrePort spokesperson said.

In total, Olexa has invested nearly $100 million in the Brookside development, Scaletta said.