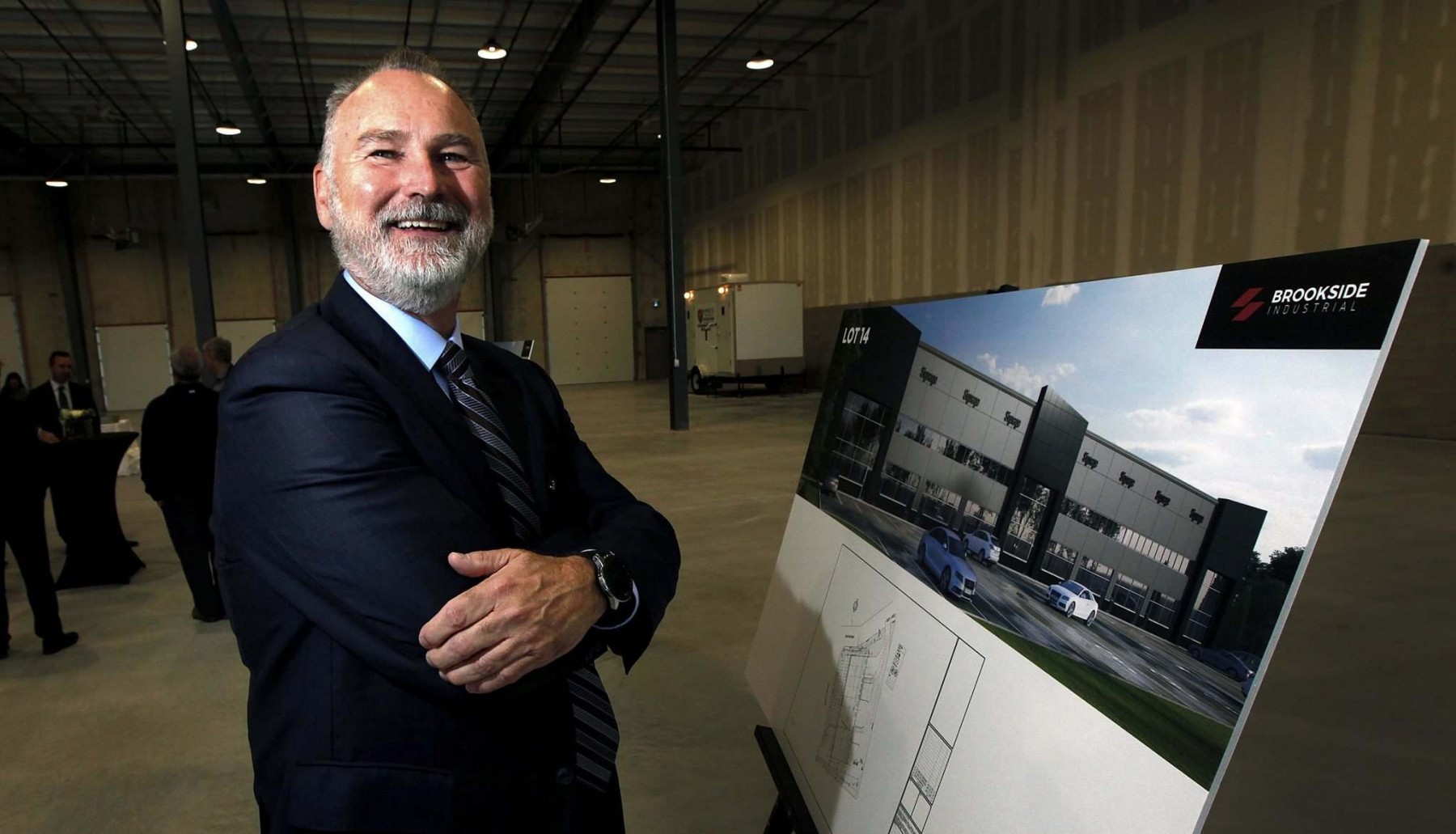 Centreport living up to the hype

Edmonton developer Canada West Limited is doing its best to substantiate all the hype surrounding the Centreport Canada inland port since it was conceived about 11 years ago.

The first of what will eventually be a total of eight multi-tenant industrial buildings in the Brookside Industrial Park opened this week with 90 per cent of the 50,000-square-foot building spoken for.

A 35,000-square-foot building will be completed by December and two more buildings will start construction before the end of the year. Dale Klein, Canada West’s president and a former Manitoban, said his decision to acquire 30 acres in the newly serviced industrial park just south of Centreport Canada Way is turning out to be as good as he’d hoped. “It’s playing out exactly as planned, in terms of the type of tenants coming to us,” Klein said. “Winnipeg just does not have a great stock of newer, modern industrial buildings, especially in the northwest quadrant of the city. I was in one earlier in the day that was built in the ’60s with low ceilings and it was dysfunctional, quite frankly.” The first two tenants for Canada West’s $60-million investment in Centreport are Medline, the largest privately held manufacturer and distributor of medical supplies, and Cosentino, a family-owned Spanish company that produces and distributes high-end marble and innovative surfaces for the architectural and design markets with operations around the world. “These companies are new to Winnipeg, so we’re enhancing the market — we’re not taking away from it,” Klein said. Diane Gray, CEO of Centreport, said the surge of development in the area is satisfying for a number of reasons.  “This is definitely a good-news story,” she said. “For one thing, (Klein) is an outside developer. Manitobans tend to be our own harshest critics. Here’s someone coming from Edmonton who is saying there’s a lot of great things going on here.” Canada West intends to develop a total of 350,000 square feet of space in the industrial park, which is already probably the busiest construction site in the city. In addition to Canada West’s two buildings, there are at least four other buildings under construction in the area that was empty fields a year ago. Stephen Sherlock of Cushman & Wakefield Stevenson — the real estate brokers that sold the land — said, “It is amazing to see. A little while ago, it was a bare field. Fast-forward to today and there are so many buildings coming out of the land.” In addition to the Canada West buildings, the National Research Council’s much-anticipated $60-million, 70,000-square-foot Advanced Manufacturing Program is now under construction. Freightliner is building a large new showroom and there are at least two other active construction sites in the park. Gray believes the current spate of development is just the tip of the iceberg for Centreport. “I don’t want to call it the realization of the Centreport dream, but in many ways it is,” she said. “There has been skepticism over the years over whether it will work. Well, it is working.” The idea was to use transportation assets (highways, railways and an airport all close by); high-quality, strategic infrastructure investment (when Centreport Canada Way was first constructed, some wondered why); a fast-track land-development approval process for ease of doing business; and have it all packaged up in a consolidated space. With several new industrial developments cropping up along the south side of the new highway, tenants are already talking about the attractiveness of being able to get trucks quickly onto the Trans-Canada Highway without having to inch their way through city streets.  Since the Brookside Industrial Park sold out in record time last year, another large industrial park north of Inkster Boulevard was also subdivided and serviced, and a couple of buildings are already under construction there. “Am I gratified that it’s working? Absolutely,” Gray said. “Anybody just has to go take a drive out there now and they will be blown away by how much construction is happening.”