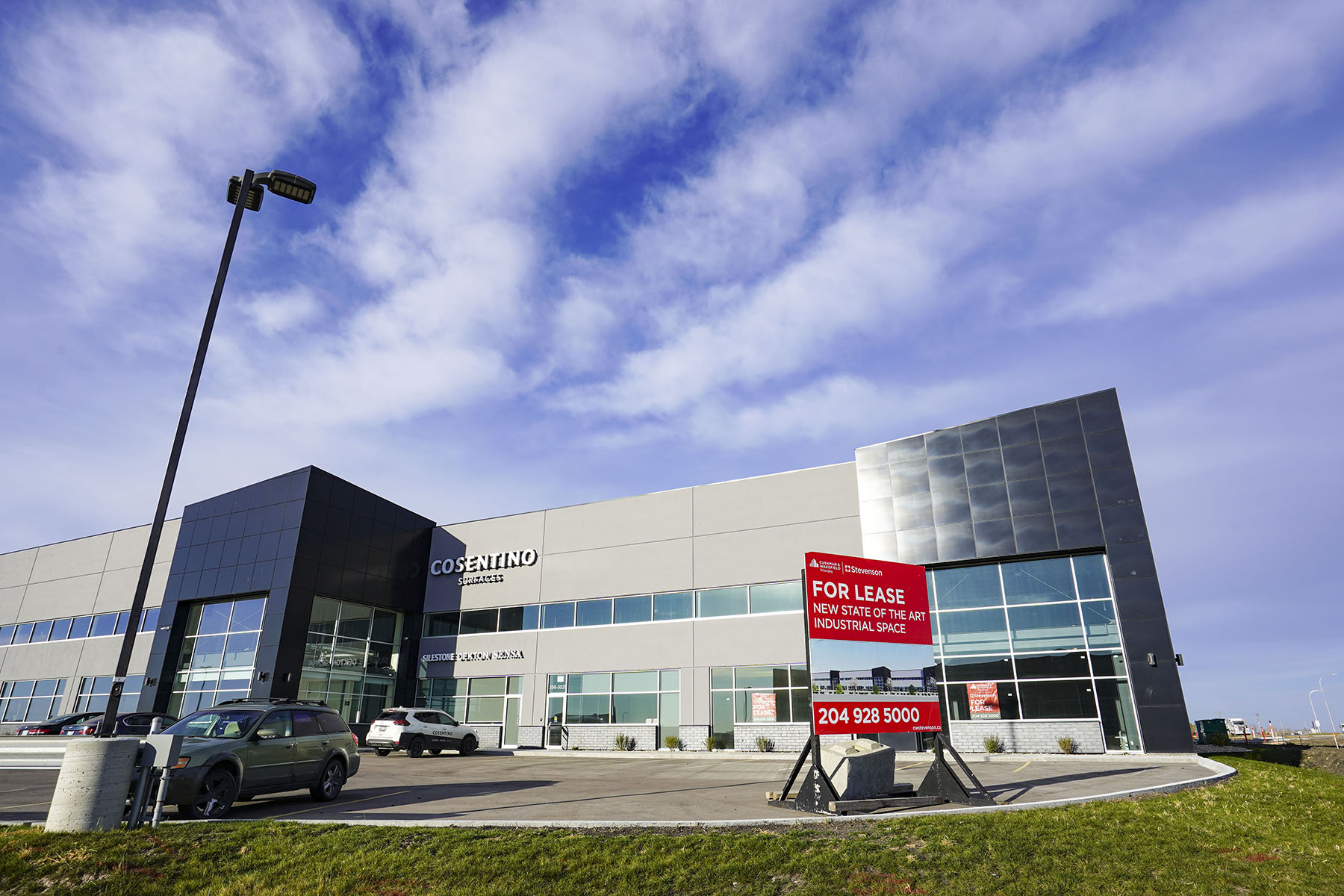 While there is no doubt the pandemic has caused a pause in much business activity around the world, the pace of growth has not let up in the northwest quadrant of Winnipeg.

In 2020, 12 new companies have set up shop in new buildings in the 90-acre Brookside Industrial Park West Phase III, part of about $100-million worth of development in Centreport this year.

Those new operations are only part of the evidence of growth. Another 100 acres of land is in development, much of it already sold, and Diane Gray, CEO of Centreport, said there is more to come very soon.

With companies like Medline and Major Drilling upgrading their Winnipeg facilities, companies like Cosentino Surfaces, a Spanish company with sophisticated quartz countertops and exterior finishings, have established its first sales and distribution presence in the city and 101-year-old RW Consumer Products has expanded with its first stand-alone distribution centre.

“Developers who are close to the industrial demand are still investing and moving ahead pretty aggressively considering the rest of the pandemic environment,” Gray said. “That is very encouraging. This is all private sector money.”

Some of the companies who’ve recently taken up residence at Centreport have done so despite the pandemic. Some, like RW Consumer Products, have done so at least partly because of it. RW is the largest producer in Canada of first aid health and wellness products and they have seen double and triple digit growth on some of their product lines that includes hand sanitizer but also things like hydrogen peroxide and castor oil.

Henry De Ruiter, CEO of RW, said in addition to the distribution centre, the company has invested about $2.5 million in new equipment for their Winnipeg and St. Albert, Alta. manufacturing facilities as well as hiring on about 75 additional employees in Winnipeg.

“With the pandemic and the lockdown that has taken place in Manitoba and elsewhere across the country there has been a spike in demand for things like Epsom salt, which is a stress reliever,” he said. Scott MacKenzie, the general manager of the new Cosentino operation, said its move was an acknowledgement of the strength of the Winnipeg market.”We kind of put the cart before the horse,” he said. “It was not that sales were booming in Winnipeg and we needed support. We needed support to facilitate growth and the market is strong here.”

As has become apparent over the past few months, the well-performing Winnipeg housing market has stayed healthy despite COVID-19 with strong sales numbers month after month even during the lockdown.

“There is a lot of business out there and in order to really capitalize on it we need to differentiate ourselves from the competition,” MacKenzie said.

While office and retail real estate investment is now full of uncertainty, the industrial market has been gaining increasing interest across North America and Winnipeg is no different. “You can’t just take a broad brush and say all industrial is holding up exceedingly well,” Gray said. “But it is to say there is still demand for new industrial space and new companies are coming to the province that were not here before even during the pandemic.”

Diane Gray to depart organization after thirteen years of unprecedented leadership and achievements August 26, 2022 – WINNIPEG, MB – The CentrePort Canada Inc. Board of Directors has accepted the resignation of President and CEO Diane Gray... Read More