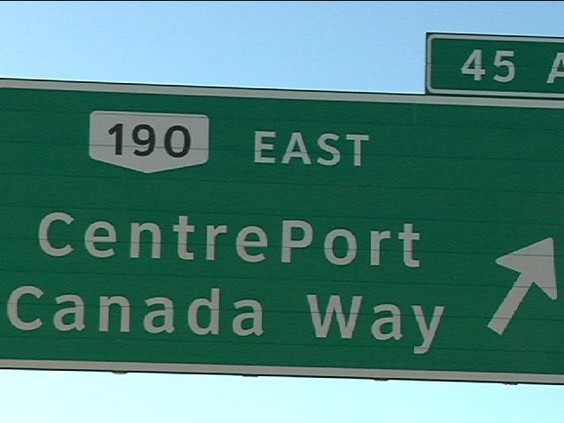 City missing out on industrial development at CentrePort due to lack of water, sewer service

A Winnipeg city councillor and local developer are saying Winnipeg is missing out on industrial development because the city’s portion of CentrePort lands doesn’t have water and sewer service.

CentrePort is a 20,000 acre inland port and Foreign Trade Zone located in Winnipeg and the Rural Municipality (RM) of Rosser. Adjacent to the Winnipeg Richardson International Airport, it was created through provincial legislation in 2008 to offer investment opportunities in distribution, manufacturing and warehousing. According to CentrePort Canada’s website, the area is a national and international hub for rail, trucking and cargo. Area plans also include residential and retail development.

Coun. Scott Gillingham (St. James) told the Winnipeg Sun on Monday he’s been working on the file since his election in 2014, adding CentrePort could position the city for economic recovery after the pandemic. He said one estimate pegged the price of water and sewer infrastructure at $70 million.

“The city faces a shortfall of serviced industrial lands to accommodate forecasted growth over the next twenty years,” he said. “And if the city doesn’t have serviced lands available, that means investment will go elsewhere. It’s critical the city prioritizes servicing the CentrePort lands.”

Developer Martin McGarry, CEO of Cushman and Wakefield Stevenson, which has “been working in CentrePort before there was a CentrePort” said Monday the RM of Rosser portion of CentrePort is booming, adding all three levels of government have a role in financing the necessary infrastructure.

“We’re missing out on hundreds of millions of dollars in development,” he said. “It’s prime land.”

McGarry said Winnipeg’s portion of CentrePort has around 1,100 saleable acres of industrial land, adding developer Genstar is planning a 500 acre residential development. He said the Winnipeg Airports Authority holds about 600 acres, adding “everything” depends on water and sewer.

“It’s not like they (the city) have been sitting on their hands completely,” he said. “I mean they’re studying it. We are studying it. But it all comes down to dollars. Once the development community has certainty in terms of when and how much, the capital starts flowing. There are several city studies that point to the fact that we are going to run out of industrial land in the next six to 10 years. The political winds are aligning, and we will get there. But my God it’s taken a long time.”