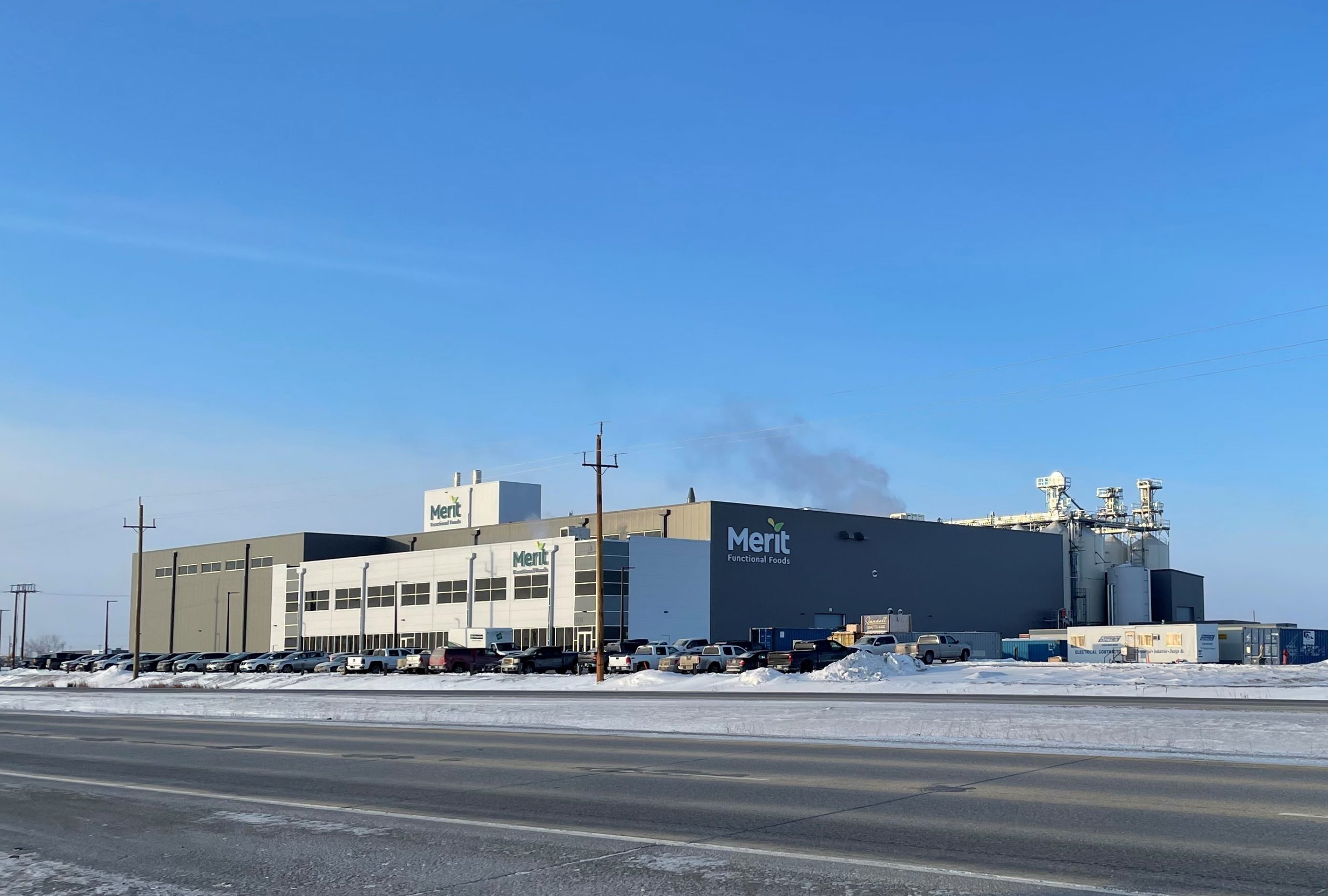 With around $100 million in federal government financing, Merit’s 94,000 square foot, state of the art facility could establish Manitoba as a world-leading processing hub for agriculture products. The Winnipeg Sun reported last year that Merit will initially employ around 85 people at the site. Over 175 long term jobs could be created as production ramps-up.

“This is a truly momentous achievement for us and one that has been a long time in the making,” Johann Tergesen, Burcon’s president and chief executive officer said in a statement on Monday. “Burcon first embraced the vision of canola’s potential as a premium, food-grade protein source over 20 years ago. Today, Merit Foods, with its just-completed high-tech plant protein production facility, is bringing eco-friendly canola proteins to market using Burcon’s patented processing technology. These proteins stand to change the way the world’s consumers get their protein.”

Merit’s facility, using licensed technology from Burcon, is touted as the only commercial-scale site in the world capable of producing food-grade protein from canola. The company, which plans to optimize its production process in the coming weeks to fulfill commercial commitments, aims to produce the world’s highest purity and highest quality pea and canola protein.

Burcon said canola is the second most grown oilseed in the world, behind soybeans and ahead of sunflower seed, peanuts and cottonseed. The company said its technical team spent over 20 years unlocking the full nutritional and functional potential of canola. Merit’s R.M. of Rosser facility is the culmination of those efforts, Burcon explained. The company says its products are an ideal way to give food a nutritional boost while remaining dairy-free, soy-free, grain-free and gluten-free.

Coun. Scott Gillingham (St. James) chairman of the city’s Finance Committee, told the Sun the Merit facility could’ve been built in Winnipeg if not for a lack of infrastructure at CentrePort south lands. CentrePort north lands are in the R.M. of Rosser and are experiencing significant industrial growth, including the Merit facility.

“The success of companies in CentrePort, like Merit Foods, means jobs for Winnipeggers and for residents of the capital region,” he said. “Regional water and sewer services need to be built in CentrePort south to attract investment and bring more jobs to our city.”

In a statement, Minister of Agriculture and Resource Development Blaine Pedersen congratulated Merit for its achievement.

“The Merit Functional Foods facility will continue to enhance Manitoba’s economy by providing economic opportunities for the agricultural industry including employment and contributing to the growth of Manitoba’s growing protein processing sector, further establishing Manitoba as a Canadian leader in plant protein extraction,” he said.