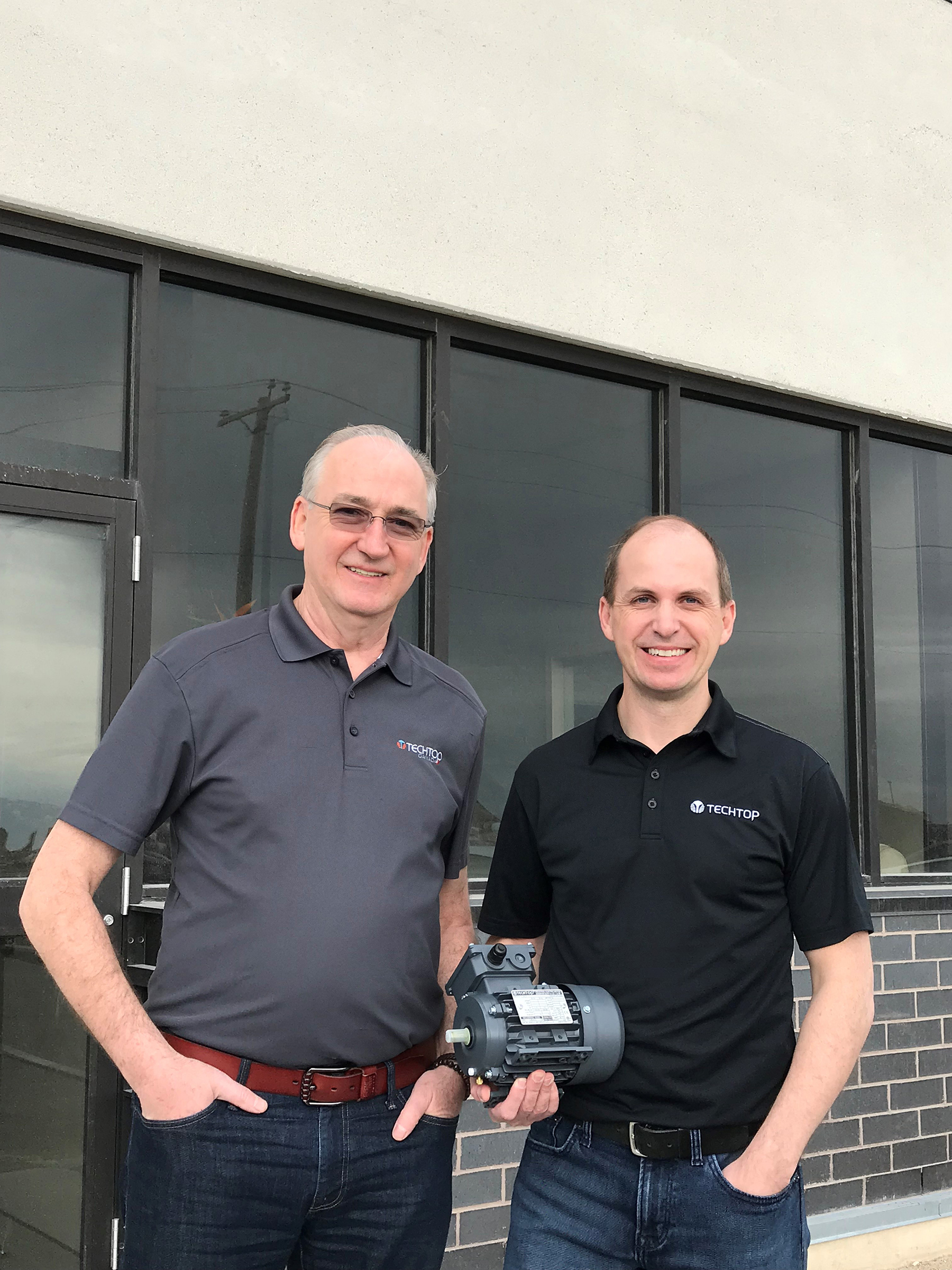 The newest of a growing number of industrial residents in CentrePort is Techtop Canada Inc., a Canadian-Chinese joint venture company that distributes industrial electrical motors.

The company, based in the Greater Toronto Area, has distribution and sales offices in Toronto, Montreal, Moncton, N.B., and Burnaby, B.C., but company vice-president Shane Hickey said without boots on the ground (and equipment on hand), it was not getting a lot of traction in the Manitoba market.

“We do have some customers in Manitoba, but we believe there is a lot more market to be had in central Canada that we could not get at from Ontario or B.C. because the distance was too great,” Hickey said.

The company’s motors are made in China. They are built with a capacity of up to 250 horsepower and are used in industrial applications across many vertical sectors from oil and gas to garage doors and commercial and industrial HVAC systems, from packaging lines in manufacturing settings to escalators and baggage carousels.

“With our products, if a line is down, they need something right away and having stock on hand locally is very helpful,” Hickey said of the decision to open in Winnipeg.

“On top of that, it also gives us access to northern Ontario,” he said.

The company has hired a couple of veteran salespeople with experience in Techtop’s target markets and intends to hire a handful more employees over the coming months.

It is moving into a 6,000-square-foot space in a new multi-tenant building in the Brookside Business Park.

Robert Scaletta, senior vice-president, industrial, at Shindico Realty Inc., said, “They have leased a great unit in a brand-new multi-unit complex. That building is fully leased now and because the demand is so high, we’ve already started construction on a brand-new 83,000-square-foot building next door. In the near future, we expect Techtop to have a lot of new neighbours moving in.”

Diane Gray, the CEO of CentrePort, said Techtop is a good example of companies that benefit from the CentrePort location.

In addition to importing products from the West Coast across the country, Hickey said it is not uncommon for the company to ship products by air to customers who need to access mission-critical products quickly.

Being located in the inland port allows Techtop to be in close proximity to rail — which brings its products in from the Port of Vancouver — many trucking companies located at CentrePort, and Winnipeg Richardson International Airport, where they can send rush orders off by air cargo.