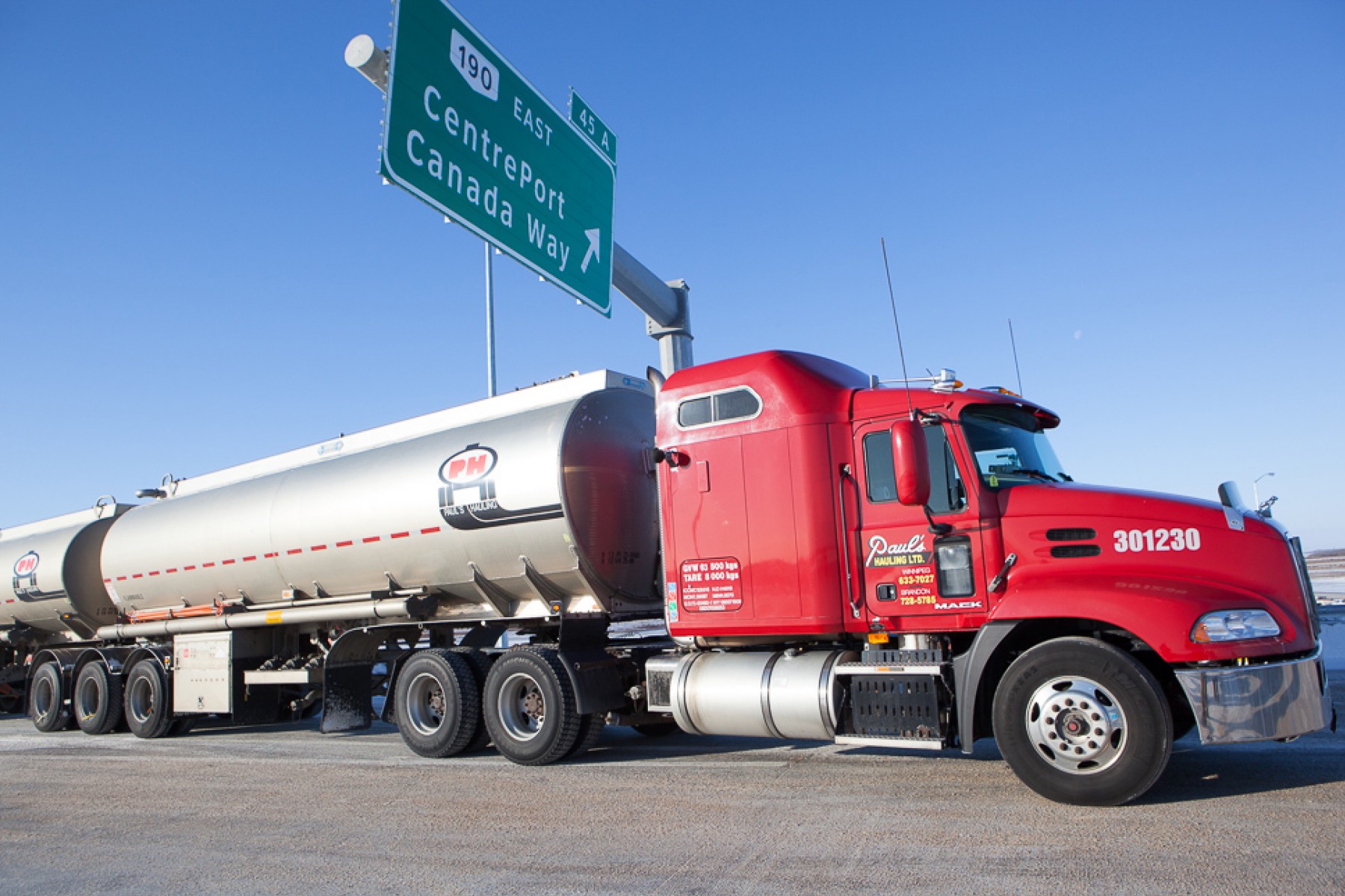 The Center Of It All

WINNIPEG, Man. — Things are hopping at CentrePort Canada of late, as more carriers look to expand or relocate to the country’s largest inland port.

CentrePort said around 70% of Manitoba’s trucking companies are located on its lands, all looking to benefit from what has been a deliberate effort through its strategic development plan to offer opportunity at the tri-modal port.

“There has and continues to be a significant clustering of clients who need trucking services in the cargo, logistics, manufacturing, and warehousing industries, as well as availability of support services at CentrePort for trucking companies,” said Diane Gray, president and CEO of CentrePort Canada. “This critical mass, along with the availability of serviced industrial land for development, makes the inland port a natural place for trucking companies to locate.”

One trucking company that recently announced it will be relocating to CentrePort is Len Dubois Trucking, which had been looking at options for a new home for some time.

“We felt the few existing properties that were suitable in size for our operations were always not in the right location for one reason or another,” said Jason Dubois, president of Len Dubois Trucking. “We always said the CentrePort area would be the best location for our employees with direct access to our customers and suppliers.”

The company will take possession of its new property this spring, and following some renovations, plan to be fully operational in the summer.

The move will enable the Manitoba carrier to finally take on some of the bigger jobs it currently cannot.

“We have been at capacity for close to five years now and have not been able to tackle some larger jobs that come along, so we are excited to be able to handle more work with a larger footprint,” said Dubois. “Having direct access to CentrePort Canada Way will be a huge benefit for our drivers and our operations. It will give us the opportunity to continue to expand and grow our service offerings.”

CentrePort has made several efforts to attract more carriers and entice existing occupants to expand, with infrastructure improvements like CentrePort Canada Way either completed or in the planning stage.

“As the dedicated master planner and facilitator of development at the inland port, CentrePort Canada Inc. understands that key infrastructure is what sets the stage for private sector investments,” said Gray. “The corporation has helped to facilitate the planning and completion of infrastructure in CentrePort North (the RM of Rosser lands at CentrePort).”

Freightliner Manitoba is one of those occupants expanding, announcing in September that it would build a new, 78,000-sq./ft. facility in CentrePort’s Brookside Industrial Park.

“Our new location gives us the chance to more than double our space and build an extremely exciting service concept for Manitoba,” said Ken Talbot, president of Freightliner.

“We’re excited to offer our customers and employees more: more space, more parking, and a more modern facility overall. We also plan to grow our staff once we move in to the new location.”

Some key road infrastructure initiatives include the opening of CentrePort Canada Way, as well as upgrades to Highway 59, 75, and the Perimeter. Gray said this will provide carriers with the ability to quickly reach highway speeds for the efficient movement of goods.

Water and wastewater servicing has been upgraded, which led this past year to the first two fully-serviced industrial parks at CentrePort. Hydro, natural gas, and telecommunications have also been improved, all contributing to more than 1,200 acres being sold or conditionally sold just this year, with 57 new companies currently developing at CentrePort, providing more than 1,400 jobs.

One thing that cannot be upgraded, but has been a significant benefit to CentrePort, is its location.

Gray said this, coupled with completed infrastructure improvements and planned investments – such as the Chief Peguis Trail extension – will help enhance the port’s “advantageous location” for trucking companies.

“Access to three Class 1 railways – CP, CN, BNSF Railway – and the upcoming construction of CentrePort Canada Rail Park also contribute to an increasing concentration of trucking activity,” she said. “Located in the center of the footprint, the Rail Park will attract companies that are heavily utilizing both truck and rail to transport their goods, allowing them to access both modes of transportation from a single site.”

Construction of the rail park, a 665-acre project, will commence late next year.

CentrePort has no plans to slow down its pace of development in the future. At 20,000 acres – about the size of Manhattan – there is plenty of room for trucking companies to expand or relocated their operations.

“We will continue to tell companies who are interested in CentrePort that the inland port,” said Gray, “and Manitoba, is open for business.”