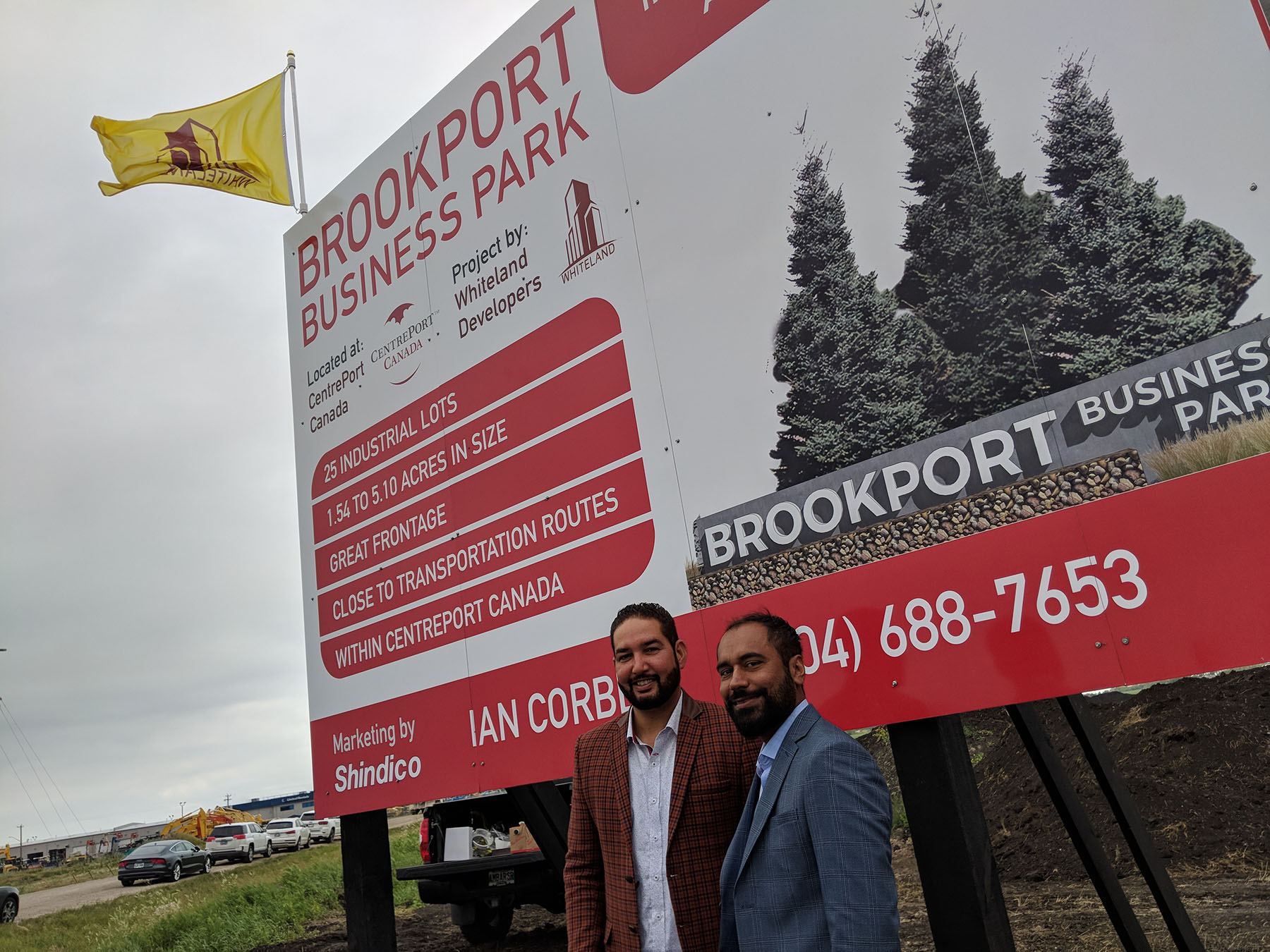 Winnipeg real estate company Whiteland Developers believes the pandemic has not lessened demand for industrial space and land in the Winnipeg capital region, and is betting $32 million it’s right.

Whiteland is putting another 80 acres of fully serviced land on the market immediately west of the development’s first phase, called Brookport Business Park, which sold out in less than a year in 2019.

“We thought we should have something ready for when everything opens, to present something and bring it to market,” said Satpal Sidhu, president of Whiteland. “That was our plan and it is going very well.”

Not only does Whiteland believe demand for industrial space will remain strong, it’s also looking to capitalize on the dearth of e-commerce distribution facilities in the region by building one of the largest distribution centres in the city and one of the only such developments in the last decade.

The company is getting ready to start construction on a 270,000-square-foot distribution centre in Phase 1 and has plans to build two more in Phase 2 that will total an additional 300,000 square feet.

“Because of the increase in e-commerce and the need for warehousing and distribution centres we think there will be plenty of demand,” said Sidhu.

He and his partners are banking on demand, which the pandemic shutdown has accelerated, for more e-commerce logistics facilities in central Canada.

Diane Gray, CEO of CentrePort where Brookport is located (north of Inkster Boulevard on the west side of Brookside Boulevard, south of the planned Chief Peguis Trail extension), said her office is fielding an increasing number of calls from national companies looking to establish a presence in this market.

“In the last two weeks we’ve had calls from three Canadian companies, none of whom have operations in Manitoba, who have initiated conversations with us about locating distribution or assembly activity at CentrePort because they want to shorten their supply chain, serving North American clients primarily,” she said.

Many North American companies have faced challenges during the past few months getting products to market, at least partly because of supply chains that originate in China, which was the first country to shut down because of the novel coronavirus before much of the rest of the world.

Whiteland has also completed construction of a 39,000-square-foot industrial condominium building and has sold and leased several units. That building will be ready for occupancy later this month.

Although Sidhu said the pandemic did cause some interested parties to put a hold on finalizing some projects, that has been largely lifted as the province is one of the first out of the gates to reopen for business.

“Some of those who were interested in Phase 1 we asked to put off until Phase 2 was ready and we already have 10 to 15 per cent of it sold,” he said.

Demand for this kind of real estate in Winnipeg was strong before the pandemic hit and it may be one of the few markets that has barely broken stride.

Martin McGarry, CEO of Cushman & Wakefield/Stevenson, said while activity in the industrial real estate market may be down a bit, it is coming back quickly.

“If you had asked me in March when the whole thing started I would have told you there will be zero demand (for new industrial space),” said McGarry, whose company was responsible for the successful marketing of the 96-acre Brookside Industrial Park Phase 3, which also sold out in less than a year in 2018-2019.

“We did not create any budget for transactional volume, not just in CentrePort but in general,” he said. “It is way better than we thought it would be. It’s not yet what it was but it is coming back fast and furious.”

Gray said, “We’re delighted Whiteland is bringing Phase 2 to the market because we were hitting the wall on fully serviced land because it has been selling out so quickly.”

In addition to the pea and canola protein processing plant that Merit Functional Foods is building in Brookport Phase 1, 10 other companies have bought land and have built or are in the process of building, including a cross-docking facility, a truck and trailer sales shop; a cold storage facility, and a tire wholesaler among others.

Whiteland’s ambitious plans for industrial development in the area will not stop with Phase 2 of BrookPort Business Park. The company also owns 100 acres of land just west of Crystal Properties’ Brookside Industrial Park, on the south side of CentrePort Canada Way.

Sidhu said predevelopment planning is already underway for that parcel of land.